Rockwell turned 10 this year. Here are 10 changes to Rockwell in the 10 years it’s been open.

Original plans for Rockwell when it opened in 2008.

2. Uniforms. Boys and girls both were required to wear khaki pants and any color button up polo of their choice. The dress code was actually picked by the students themselves nine years ago. Mr. Beck did it this way so that if the students were to complain about uniforms, it would fall back on them. The idea behind uniforms is that we are a Charter school and we had a certain image to keep.

Four of Rockwell’s teachers who have been here since it’s opening in 2008: Mr. Hull, Candice, Ms. Holt, and Mr. Young.

“I didn’t really like the whole uniform thing,” said Andy Young, a current teacher at Rockwell who has been teaching at Rockwell since its opening. “I don’t believe a uniform makes you smarter.”

The uniforms only lasted for, roughly, the first two years of opening.

3. Sports. Rockwell’s sports weren’t always a part of the UHSAA (Utah High School Activities Association). In its first year, Rockwell sports were not part of this association. In its second year, though, the drill team was the first to compete in the UHSAA. Rockwell won the state basketball title that year.

4. Clubs. Rockwell used to have some really unique clubs. There was a D&D club, a chess club, a snowboarding club, and even golf.

“We have really become a more unified school,” said Rockwell teacher Amy Holt, who has been teaching at Rockwell since its opening. “I think that’s because of all the sports, clubs, and programs we have had through the years.”

5. Cheerleaders. Even though Rockwell has never had a football team, we did have cheerleaders at one point. They cheered for the boys and girls basketball teams and also at the volleyball games. It was a fun way to bring school spirit and energy to our sports games. Due to drama with the girls, Rockwell decided to discontinue the cheer team. 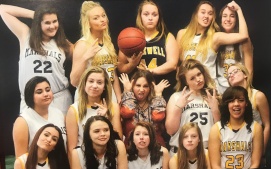 7. Cafeteria. The cafeteria used to be called “the outpost.” People claim it was more like a store rather than a cafeteria. They had food and snacks that you could buy and the food was catered for a little while.

8. Teachers. Just like any other school, we’ve gained some and lost some. We’ve had a lot of teachers come and go in the last 10 years. 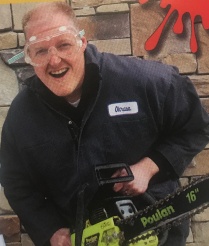 “Charter schools are difficult,” said Holt, “especially if you are a first year teacher.”

Mr. Beck has done a great job in unifying our school.

“I think the main thing is teaching, and Rockwell can be more challenging than most,” he said. “I give teachers a hard time because I feel that they need to have all their crap together.”

9. Student Involvement. Students are getting more involved. That’s an important part in becoming a school is to be involved and aware of all that’s going on around. Being involved is also a good way to be able to be social.

10. Change. The last and biggest and change of Rockwell is that it will always be changing. There are things that can always be improved in ours and every other school. It’s about figuring out what works and what doesn’t.

“Every year seems to bring new challenges with incoming generations,” said Candice, one of Rockwell’s administrators. “We’re excited to see what the future has in store.”

Changes at our school have been positive thanks to the administration, faculty, and all the students who have gone here. Happy 10th birthday Rockwell.